Please introduce yourself to the readers of this blog and update us on your latest endeavors.
I started my company in social media when I was 24. I had then gone from studying entrepreneurship to working at the University in Kristiansand with Entrepreneurship that I thought it was time that I actually started a company myself. Having lived alone since I was 14 you could say that I in some ways always has been an entrepreneur but I hadn´t yet formed a company. I could see the future of communication being social media. And this was at a time where companies would not have anything to do with Facebook or did not believe it would have anything to do with them at all. And of course they just thought I was stupid when I told them that it would be their prime communication tool with users. I started approaching companies with my new formed social media company and sold services that at that time made them stand very much out from the crowd in social media. I also did public speaking to companies and government on the subject. Public speaking pays ridiculously well in Norway that it was what I made a living from working 3 days a week for a couple of years. This made me think that I didn´t do enough and I had always wanted to create the technology myself. So when I year after year was good at hitting the mark on “what´s next in social media” I thought I would try to create what I actually thought was going to be what´s next. And that´s what I have been working on for the last 1,5 years that´s now Wonderloop.me.

You have been an entrepreneur for more than 10 years. Based on your personal experience,  is entrepreneurship something that you learned the hard way by actually doing it or something which has to be officialy studied in universities and business schools?
I think it´s hard to learn because it´s not so much a skill or about being smart as it is about being relentless, stubborn to not give up and combine it with extreme risk sometimes to get results out of it. Sometimes being willing to sacrifice everything for building a product that you think will mean something to many people is what will at least make the product happen and maybe even getting people to know about the product. Personally it´s the part about team work and being a CEO that I probably have learned and value the most of going to University and studying business as well as entrepreneurship. I´m not a natural leader or have a very big wish of being one but here I actually learned a lot from school, at least how to do it in theory that helps someone like me to adapt it since it´s not something that comes natural like I feel being an entrepreneur is. All students should have a class of entrepreneurship only because learning how a company goes from an idea to a business is something everyone should know when they are employed somewhere. You get a different respect for the responsibility of having salaries, expenses and you just all of a sudden understand why the restaurant food is expensive and that it´s just not “but the fish can´t be that expensive”, you then know it´s the rent of the place, the legal fees, salaries, equipment your paying for. The food itself might just be 30% of it ! So for real life as well, one small class of entrepreneurship might just make life a bit more logical as well.
Would you like to talk us about your start-up, Wonderloop? How has your personal meetings and contacts with famous entrepreneurs like the founders of Instagram, Napster, Facebook, Airtime, and many others, have affected your way of thinking, scheduling and implementing business in general?

I have always been focused on what can be done to meet more people in a persons life that could mean something valuable. We all meet people and some are more life changing to us than others. I want with Wonderloop to create technology where it does not matter where you live in the world. You can meet the people you find interesting. Not only the people you have acces to depending on where you live, work or what social circles you’re in. Taking up a huge lone financially and travelling to Silicon Valley is one of the hardest things I have done. I knew I would not be able to have a salary while I was over there learning how to build the product and I knew it would take months to find team members who would do the coding, if finding them at all. To be there and not have any idea how you are going to pay the money back and that you have taken this huge risk just because you have an idea and a vision to change the world was mentally a big challenge. To be there alone and to be away from my grandmother in Norway who is personally my closest at 87 years old did of course not help! So while I was having awesome interactions with some high profile people and founders I was there on a mission to also have results that I could bring to start the company with. This is of course something they can sense and probably why they liked me. I think being too affected or focused on it will take away the energy where it should be: on building your own company and visions. That said, being with other entrepreneurs who truly understand what it is to sacrifice your normal life and that also has crazy visions and maybe even done it successfully is a big inspiration. I had some moments in Silicon Valley that where aha moments for purpose of life and entrepreneurship that I only fantasized about in my head in Norway and all of a sudden I was in my own fantasy. That´s always a cool moment. 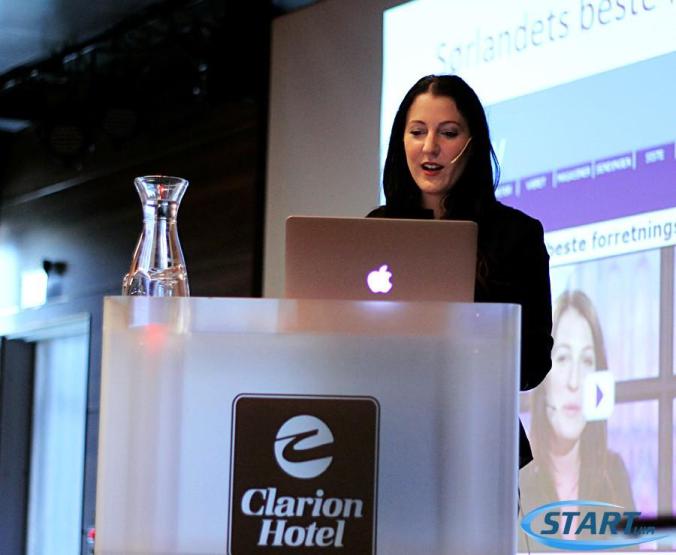 Your personal advice to young Greeks seeking ways to create something new out of the crisis which has been troubling our economy for years, sending highly educated human capital abroad while keeping a dynamic part of our society stagnated due to high unemployment?

It´s hard to give advise as to not having lived in the situation myself, only in some ways the last 1,5 years with not having an income. The stress factor is so big that sometimes at least for me helps to think how short life is as then it´s easier to really focus and pick what´s important. After finding that out I would if possible do shorter trips to where the people are that can make it happen. I would never have been able to do Wonderloop had it not been for me leaving Norway. It´s the richest country in the world in many sense but it didn´t matter. If the right type of resources of people isn´t there then all the money in the world does not matter. As for wishing to work in a start-up or wishing to work in a specific company, I would not care about titles or what I would do in the beginning. Just get in. Once you know the leadership and you have a good relationship with them, then you can always ask to do the work later that you really want to do. Putting up the good energy up front before there might be a reason to have it is very hard but it makes a huge difference in getting to the next step what ever the next step is. Since I´m half Greek by DNA I do think a lot about the situation that Greece is in and I have friends who are effected by the situation in the economy pretty badly. Sometimes I think it´s a lost case to try to change the now, but to just focus on changing the future. There are some extremely good business people in Greece, especially on getting deals done, doing sales as you just are so much more charming and good looking than most average people. Use it !

I hope Wonderloop can make a difference in all people´s lives when it comes to the people we meet. I have met some the last years that have changed mine so I know it can happen and to think there can be a technology that can do it for us is maybe a hairy goal but I will do everything I can to at least test it out in the market. That´s what entrepreneurs do, success or failure. But of people I would like to meet it´s actually more Greek people since I´m half Greek by blood I should get more in touch with that side of the world and what better way to do it than thru new friendships? So if there is one user-base I personally would love to see in Wonderloop it´s you guys. I might even do a Greek version before some other languages. Sometimes the founder should be allowed personal preferences in his own product development.

Thank you very much for this interview Hanna !